July was a good month for reading, in part because my hiking vacation was canceled (due to extreme heat, flooding, rock falls, and locusts).

(Just kidding, there were no locusts.)

(But the other stuff was real).

We did a home staycation instead, which turned out to be marvelous. There was much reading, napping, walking, and eating–all of my favorite things. And because I was on brain rest, I had the mental capacity to read some longer and more complicated books that I never seem to get to during the school year. In between the harder books, I indulged in some brain candy.

I read nine books in July:

1. The Queen and I by Sue Townsend (fiction)
2. Sunburn by Laura Lippman (fiction)
3. If We Were Villains by M.L. Rio (fiction) (see my review)
4. A Place for Us by Fatima Farheen Mirza (fiction)
5. The Good Daughter by Karin Slaughter (fiction)
6. In the Garden of Beasts: Love, Terror, and an American Family in Hitler’s Berlin by Erik Larson (nonfiction)
7. The Moral Arc: How Science Makes Us Better by Michael Shermer (nonfiction)
8. Wedding Night by Sophie Kinsella (fiction)
9. Irresistible: The Rise of Addictive Technology and the Business of Keeping Us Hooked by Adam Alter (nonfiction)

Most Entertaining
Wedding Night by Sophie Kinsella
I’d forgotten how much I like Sophie Kinsella’s standalone novels until I mentioned this one last week. I grabbed it from the library and re-read it. It’s not my favorite Kinsella, but it’s still funny and deeply entertaining in its ridiculousness.

My tagline: Three’s Company meets Neil Simon meets Are You Being Served?

Most Educational
The Moral Arc: How Science Makes Us Better by Michael Shermer (nonfiction)

I read my first Michael Shermer book on a 24-hour Greyhound bus ride from Oklahoma to North Dakota. It was basically the worst 24 hours of my life (second only to the return trip), but at least I had Shermer’s Why People Believe Weird Things to keep me company.

In The Moral Arc, Shermer argues that all of society’s biggest moral advancements  (specifically in terms of human rights) sprang from the kind of logic- and reason-based arguments that marked the Enlightenment. It was that kind of thinking–with an emphasis on the inalienable rights of individuals–that helped us build morality. It’s an interesting response to the claim that religion has a monopoly on moral living.

Most Disturbing
Perhaps surprisingly, the most disturbing book I read in July was not the one about Nazis (though that was plenty disturbing). The one that gave me nightmares was The Good Daughter by Karin Slaughter. I debated quitting it multiple times and finally slogged through to the end. It’s not a bad book. It was just too much for me. I’m not a particularly squeamish reader, but the violence in this one was just too visceral and didn’t feel totally necessary. 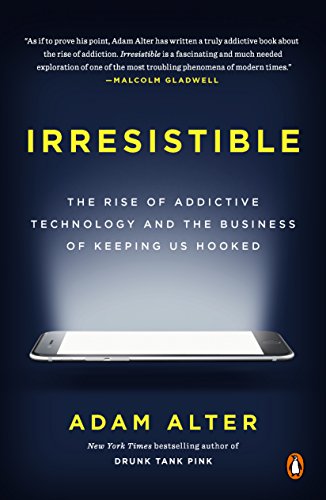 Most Likely to Change How I Think About My Online Life
Irresistible: The Rise of Addictive Technology and the Business of Keeping Us Hooked by  Adam Alter

After reading this book, I’m vowing to limit my own time on social media, the Internet in general, and on email (the greatest time-suck of my working life)!